Review – Stowaway to the Stars by Graham Keeler 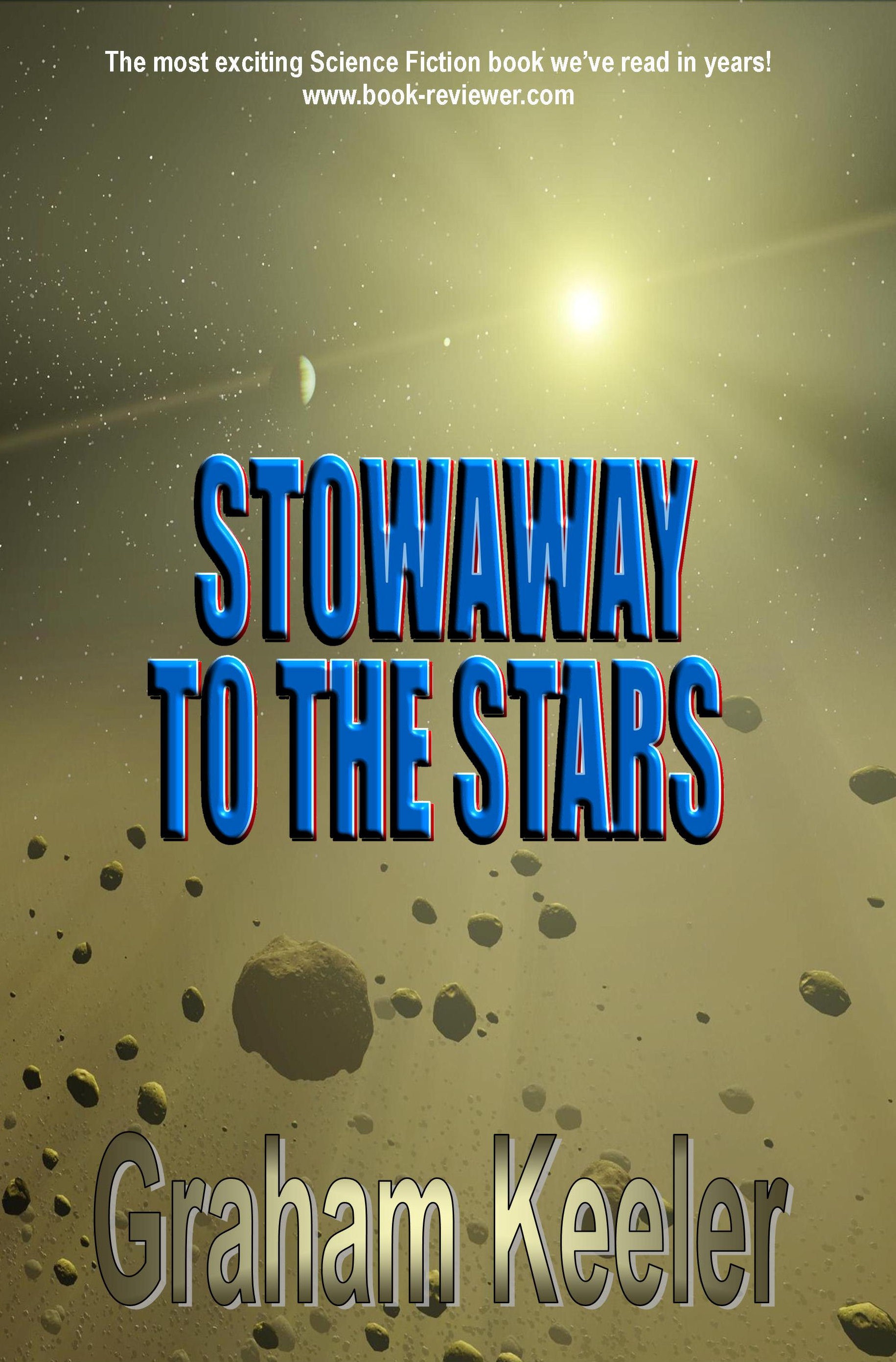 It’s always nice to read an author trying something different. I always like to make tortured food analogies when reviewing books and if Stowaway to the Stars by Graham Keeler were a food, it would be a marmite and yoghurt sandwich.
The traditional Science Fiction elements are its bread crust, add a dollop of yoghurty spy thriller, whisk in some romance and then add a dash of comedy. Like said mix, it has parts that work and others that leave a slightly nasty taste in your mouth.

The book has a dual perspective, from Karen, a woman who is seeking her sister’s killer and Larry, a space man who is on the run due to a conspiracy he stumbled across. Larry’s plot is the meat of the book, as Karen mistakes Larry for her sister’s killer and accidentally ends up stowing away on his ship when he comes under attack and has to flee from his hiding place on Earth. From there, Karen slowly comes to understand the real scale of the universe she is in and ends up aiding Larry as he tries to clear his name.

First off, let’s start with the good. It’s an interesting universe that is set up in a good, quick and efficient way considering its length. It’s also a very efficient story as a whole, as a lot happens during its mere 200 pages. Larry and Karen are also interesting people that are nice to spend time with. Unfortunately there is some not so good too, for as written, Karen is a Mary Sue. Able to become brilliant at anything she takes her hand to, to a standard that rivals Larry, someone who has been a spy for years! That’s not necessarily a bad thing as I quite like competent female characters – It just seems a bit of waste of an interesting protagonist to make even the flaws in her character be something that the others treat as some sort of plus.
Also, Keeler seems to have developed a habit of changing perspectives to let us know that the one of our protagonists finds the other attractive, or that they are marveling at them. It’s something that made the book feel a lot longer than it actually was when reading, sapping the tension in a few scenarios. For example, during a thrilling escape, the characters stop to admire how attractive they find one another. 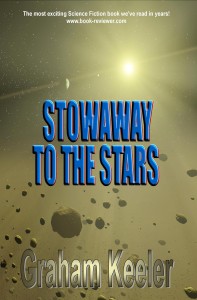 Overall, I quite liked the book, but the flaws stopped me from loving it. I think if Graham had had a stricter editorial process and trimmed some of the fat of the tale; we could have lean spy drama about two people finding one another amongst intrigue, betrayals and a galaxy spanning conspiracy. The book as it is though had me almost losing interest by the end.

Stowaway to the Stars is available via Graham’s author page