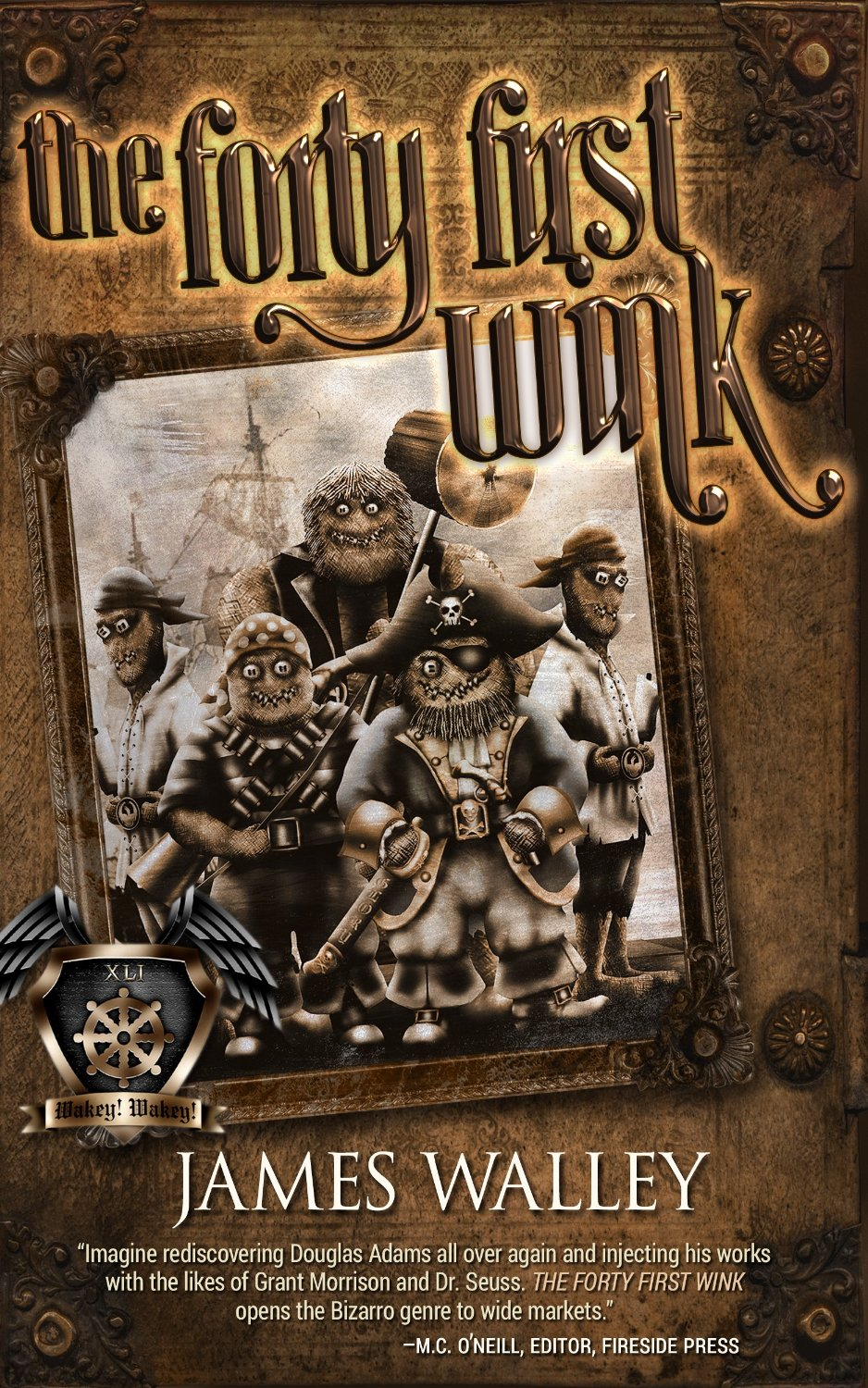 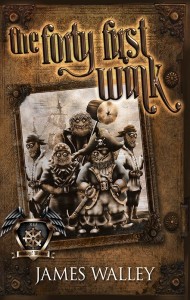 Marty is having a bad morning. Roused from slumber by a gang of polo mallet-wielding monkeys and a mysterious voice in his wardrobe, he must quickly come to terms with the fact that the world outside his door is now the world inside his head. Lying in wait amidst bleak, gloomy streets, deserted theme parks, and circus-themed nightclubs, lurks the oppressive shadow of a myriad of giggling, cackling pursuers, hell bent on throwing a custard pie or two into the works.

Assisted by a string of half-cocked schemes, a troupe of tiny unlikely allies, and (literally) the girl of his dreams, Marty sets out on a heroic quest to wake up and get out of bed.

I’ve not read anything by James Walley before and when a friend described him as another Terry Pratchett, having already read The Forty First Wink, I’ll be honest my groan was audible as I really am not a fan of that style of fantasy. But my friend was wrong. Walley is so much more than a Terry Pratchett wannabe, he is as humorous as Douglas Adams and as creative and strange as Neil Gaiman but with an added 1980’s Never Ending Stories or Labyrinth style to the writing. This leads to crazy ideas that really have no right to be published becoming a fast paced shot at brilliance on a page.

You have a hero and there is a semblance of a plot but, as with fairy tales and crazy kids’ films, the plot is neither important or relevant as it is the absolute fun you are having that drives you to finish the book. From the violent monkeys on the first page through to the flying pirate ship, this book is crying out for Jane Goldman to get a copy and transfer it to the big screen in the way she did with Stardust, as this book demands an ‘A’ list cast playing out the madness to a larger audience than I fear the book will garner.

James Walley has not broken any literary records, or produced a tome that will be studied at University, but he has made an old grumpy man smile and prove you can write insane madness and find an audience.