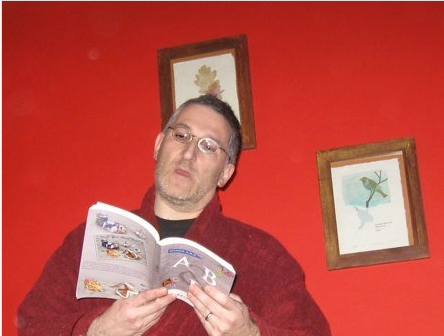 The call had gone out. And like any viral meme, no one could quite pinpoint how it had originated, though inevitably many stepped forward to claim the credit. But patently the feeling had now attained critical mass. Though there were as many apathetics and naysayers as advocates across the motherboard of gamers, programmers, coders and 1337s, all were fed up of being the butt of jokes and the objects of derision in the dominant world of the beautiful people. Those people let it be said, who wouldn’t have a fraction of their social popularity, without facilitation through the algorithms designed by the likes of those they heaped scorn on.

The silicon teens and assorted tech-heads were sick to their eye teeth with insulting portrayals in films and TV sitcoms, where the office nerd had become the new stooge. How many books had been written in which the pasty-faced complexion of the vampire had been compared with that of the net nerd sat at his screen through the small hours, wilfully shunning natural light? Or the peeling, pustuled skin of zombies referred against the alleged poor hygiene of those wedded to their laptops? It was never clear if commissioning editors were cocking a snook at geeks, believing them to be illiterate, or actively targeting them for sales in the perverse belief this sort of flagellating masochism functioned like catnip.

Enough had been deemed enough. Despite predilections for “Quake”, “Counter-Strike”, “COD” and “World of Warcraft”, the implicit counter-strike against their pernicious image was to be utterly non-violent. Demonstrating a self-assured superiority to all those beautiful people full of sound and fury, piss and vinegar (and how they decried exactly the same about gamers’ online communities and message boards, proof positive that the two spoke a different language). If the norms were hell-bent on erecting a caste system, then so be it, though only on terms determined by the tech community.

The battleground was to be that of language. Fitting since that’s where most of the brickbats had been forged and fletched before being flung at them. Those mediating their lives through silicon would go the whole hog. In leet speech they had often omitted letters from words in order to cast their neologisms. Now they would strip the spoken tongue of all symbolic power. All referents and metaphor which allowed the norms to aggregate their judgemental scales of value, would be dispensed with. No more notions of beauty and ugliness. Everything was to be reduced as if speech were to become just another machine code. Compressed and broken down into merely a zero/one, yes/no binary functionality. Language as one-to one correspondence to reality. That would leave the imperious floundering.

Where leet speak had foundered, was when it entered the mainstream. Its key terms listed on Wikipedia and Urban Dictionary.com. Just as with punk rock selling out to become merely clothes brands and off the peg rebellion, leet speak too had been colonised by the noobs and norms, which comprehensively defanged it.

Yet leet speak did cede one legacy. Words like pwn- and god how was that one simple word abused and stretched by those without a clue as to its resonances- afforded the template of the new language. It would be a language without vowels like ancient Hebrew. It would be impossible to enunciate unless you were completely versed in it and could supply the vowel sounds from your own inherent comprehension. Another facet of the language, again drawn from Hebraic script, was that each letter was assigned a numerical value. So even if their calligraphic arrangement appeared nonsensical, the inner arithmetic logic seamlessly transmitted the true meaning to those who could appreciate the syntax of its gematria. Such a language appealed to the whole community through the irrefutable logic of its maths, its symmetry and its ciphering element.

The language spread along its clandestine neural networks. This time there could be no online discussions on the forums. When the community was confident as to its own fluency and that full confidentiality from outsiders had been preserved, the next stage of the campaign was swaged. The community would announce it with all the fanfare of a launch, but would then fall silent and disengage from the conventional world once and for all. They would stamp their language, overwriting the entire world for a brief glorious moment, just to demonstrate that they could, then they would withdraw both themselves and their speech, leaving it like an impenetrable Rosetta Stone in their wake. Beyond the range of the insults of the old language for ever. People arming themselves with it as a deflective shield.

The launch had to be co-ordinated with pinpoint synchronicity worldwide. Naturally computers and the virtual world would be fomenting all broadcasts. As many of the world’s microprocessors as possible would be co-opted into streaming the unwords. Voluntarily or not. Piggy-backing, back-door trojans, whatever it took to diffuse the indecipherable script. For even the politically motivated hackers were on board, once they were persuaded that their infiltration of high security networks would only be in order to plant the new language as a “screw you” joke and not a political act in itself.

Came the appointed day. The definitive non-message of the private language had been drafted. The massed phalanx of techies, nerds and gamers hit upload. The sound of seemingly random syllables synthesised and articulated by a host of computers. And for one glorious moment the geeks inherited the earth. Only to have it snatched away almost instantaneously once the computerised incantation had ceased. For the strange sounds boosted around the world served up the precise litany of the invocation unto Satan. Amplified with enough energy to have reached Hell itself. And duly summoned, the diabolical one manifested to take possession of his earthly sovereignty.

And like any viral meme, no one could quite pinpoint how it had originated, though as the new infernal regime enslaved both the beautiful and the ugly, no one stepped forward to claim the credit.