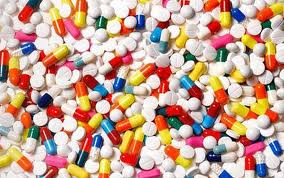 It’s not like I’ve never swallowed a pill before. Tablets to numb the pain, troches to shrink my swollen nodes, dragees to banish the skin rashes, doses to get me to sleep, pep me ups to get me out of bed and back to the battlefield maps. I’ve imbibed every possible functional type of medicament there is to be had. If pill-popping was an art, I’ve certainly put in the hours at the easel as the military tide has turned blood red against our nation.

The capsule that is a timed release and which you are enjoined to swallow whole and allow the gastric juices to scale the walls to free the chemical trove. But what they fail to calibrate is the involuntary non-swallow reflex that refluxes the capsule back out of the throat. Wash it down with liquid mouthwash is the advice. Yet too big a swig of chaperoning Scotch, and the gullet is inroaded by the rush of fluid and the pill washes up and is marooned in the trench between gum and cheek. Too little lubricant and the pill remains becalmed on the tongue, as the tide is too weak to propel it langryeally. Why do our chemists, reputedly the greatest on the planet, fail to create a uniform size of capsule? So hang the calibrated release, now I just snap open the capsule and pour either powder or syrup so that it grazes neither tonsillar Scylla nor glottal Charybdis as it plummets down into my bloodstream.

Then there is the crucible of the lozenge that sits in place on the tongue and dissolves. The mouth as tomb, reverentially receiving the casket until full decomposition. The tongue thrust into full overload, constantly spiting itself. Teeth forbidden to grind or chew. Further prohibited from sucking in one’s cheeks to channel saliva to lap at it in the absence of any lingual motion. Mounted there on the throne right in the navel of my mouth. The lore ought to be that as the compound dissipates, its balm is disseminated per corpuscular internuncios throughout the body politic. Yet my fulcrum remains resolutely focused at the centre. For despite the physick’s insignificant mass supposedly dwindling all the time, the gad actually inundates the local receptors through the constancy of contact and they feel an outsized encumbrance. Autosuggestive tumescence, as the tablet cuckoos physical memory. For even when long gone, the taut afferents take a while to regain their equipoise. So like a phantom amputated limb, apparently it still weighs grievous upon them. The cure just out of reach. Of comprehension. Thrust way beyond the tip of my tongue. Such boluses are usually endowed with relieving stress and pressure headaches, when they only succeed in ratcheting up the anxiety.

Next is the chalky sediment as a pill’s integrity breaks up. Granular and gritty, it coats the membrane of the mouth, cocking its leg up to mark its colonisation. Yet, even when the powdery scree has been swabbed clear from all surfaces and swallowed, one senses it is still present in the oral nooks and crannies. Filling cavities or forming protruding excrescences. The serpentine tongue continuously exhuming traces. For it has muscled deep into contiguous neural folklore. A haunting of spectral aftertaste.

Such a litany of prescribed analgesics have bled me dry. Now I require capsules to hydrate my body, since my internal sea levels have dropped. But I have also developed ulcers, so that the ingesting of medicines only further inflames the gastric agonies. The acid reflux has stripped the membrane in my gullet, so that I can no longer swallow pills and pellets. I am doubled over with the gallstones of my barraging bile, the sole part of the whole damn nation that has stepped up its productivity to match being on a war footing. I am surrounded and besieged by pain on all sides. It raps on the raised drawbridge so insistently, that it is always granted an audience deep within my Keep. Just like the enemy armies beating at our gates.

Yet this capsule is different from all the rest. The teeth that are usually so rapacious to clamp down on any and all medical interventionists, have receded deep into the gums. This is not meant to be swallowed whole, nor will it dissolve. It will maintain its intactness for all time if I weren’t to compromise it. This is not about the integrity of the tablet. It’s about my own.

My tongue plays over its crystalline hardness. Its rubber coating tastes unpleasant but it is an odd sensation, for it is only a contact astringency since the rubber will never be consumed. The brain knows this, yet cannot ameliorate the gustation’s repulsion. Like the snake’s tongue that assesses the air as every molecule palpates against it, scanning for prey and predators both. Mine has given up the ghost, as it shrinks from its confirmatory inspection. It can no longer tell the difference, since my own pain sirens far outblast any other onslaught. This pill is the medicine of last resort. The magic bullet to put all my afflictions beyond time.
Yet in order for the brain to concede, first it has to gird itself for this one last, momentous act of will.

Our chemists won’t make any mistakes. This will be no dud batch. The dosage will yield exactly the remedy it was calibrated for. It is far from time-specific, rather it represents the apotheosis of self-prescription and self-medication. I determine when to release the contents to wreak their chemical conviction. Simply by biting down through the protective rubber and into the ampoule’s glass walls. A glass so fine yet it cannot cut. This is to be a bloodless coup. Forestalling a bloodletting. We are to count ourselves most fortunate. We have inexorably lost the war, so for us the peace does not bear thinking about. This capsule an inoculation against ourselves. Against failure. A vampiric ampoule of my own being, my very own truth serum as I look into its glass body and realise there is no other course of action. For my own depleted body, this is the final concentration of energies to heal its sickness.